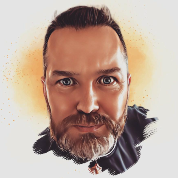 The "fundamental truth" of the DPP as an organisation, is that Digital books will increasingly become the dominant medium of long-form idea consumption, as the barriers to creation and distribution reduce to zero.

This is because, as great as blogs are, and we like a good blog (We're even writing one right now!), there is a tipping point at which they just become too long to consume. Such volume doesn't scale well within one container, and the "multi-container" structure of a book (chapters) is a requirement for the digestion of larger works.

We've illustrated this below to show the footprints of the various formats, and at what volumes they are most usable and digestible.

The assertion we're making therefore, is that the Blog format (single web pages) cannot claim the position of dominant medium for books, as there is a ceiling on their digestability with readers. Scrolling has its limits in terms of reader patience. This makes a standard lenght 65,000 word book in a single scrollable web page difficult to read.

It is the structure and functionality of books, divided into chapters, that allows them to communicate a long form narrative in digestible chunks. This is also true of series, or encyclopaedia sized offerings, where structure again needs an adjustment into multiple books to facilitate usability.

The Logical Path to This Conclusion

The barriers to idea communication reduced by an order of magnitude when Guttenberg created the printing press.

This barrier reduction was both a result of the increase in supply, but also the resulting decrease in costs that came with mechanical (non-human) production. This combination of reduced cost and increased supply finally made it possible to use durable media as the vehicle of idea transmission by the general population. It also made it possible to not rely on a person for the communication of the idea, who could die, be corrupted, or simply forget.

No longer were books as a method of creative expression limited to a small wealthy segment of society. The ability to create books, essentially idea storage devices, resulted in the "productization" of those ideas. The ability to "build once, use many times" became possible.

The consequences of this breaking of barriers and emancipation of ideas includes the enlightenment and the reformation, which both followed soon after the invention of the press.

But the physical nature of books still represents a barrier to the communication of ideas they contain. One that bounds them to the hard limitations of time and space, and due to the nature of things, a material and financial cost.

Digital versions in comparison, reduce the barriers of transmission by a similar order of magnitude as that achieved by the printing press. It is here where the continued evolution of the book can continue.

The Advent of Ebooks

The promise of the internet made it seem at one point that these access barriers would be reduced to zero in a very short period of time. But the path of progress hit a number of roadblocks which limited the speed of evolution. These included:

As the DPP Business case makes clear, none of the reasons listed here suggest that there is no demand for ebooks, only that there are structural distribution issues preventing access. These structural issues are also not inherent to the reader market itself, only to the current set of gatekeepers. Effectively, the ebooks a global audience *would* read don't yet exist due to the non-availability of titles in their language, and if they did exist, there are limited ways to pay for them, and read them.

The shared root of the barriers outlined here is to be found in the dominance of the new gatekeepers and their respective device requirements. But overcoming this is not as impossible as it once was.

Marketplaces Are Not The Market - Readers Are!

The penetration of ebooks into the global market would therefore be best served through a wider, less coordinated, and decentralised campaign. What we believe this looks like is authors serving their markets which read their books, in their language, with payment processing localised to the market being served. All of this should come without restrictions on device or technology used to access the works.

The most efficient and effective markets are voluntary, decentralised, transparent, and most importantly - emergent, not designed. Books are no different.

Being a large centralised book publishing service is a critical weakness in such a highly distributed, dynamic, and diverse marketplace. Its best not to adopt their limitations as your own.

This might seem similar to a return to local bookshops in some regard, but instead localised around authors and their readers. The actual market.

The mission of the DPP directly aligns with, and aims to accelerate the evolution of the medium for long-form creative expression. Namely, the development and distribution of digital books.

If you want your book published in a medium accessible to anyone with access to Chrome, Safari, Firefox, Edge, Brave, Opera, Vivaldi, Mosaic, or any modern web browser- we are here to support you.